The New Matter MODE-t 3D is a special printer. It does not look like the other 3D printers on the market. It is super clean, with a very elegant design that stands out in the crowded market of budget 3D printers. New Matter wanted to make this the easiest to use, affordable 3D Printer and most of all, simple 3D printer on today’s market.

Of course, making a beautiful 3D printer doesn’t mean that the printer itself is lacking. Featuring a full metal and plastic design, along with a very clever feeding system and a transparent case around it, the MODE-t 3D printer could be as well described as an engineering art piece.

Not many 3D printers, especially at this price point are made this clean, simplistic and functional at the same time. It is a piece of hardware that does not want to look odd inside a house, but rather look futuristic and plain awesome.

In the following sections, we will list the core functions of the New Matter MOD t 3D printer as well as the Pros and Cons. TAt the very end, you will find the final summary of this 3D printer with an overall rating.

This is a common thing among budget 3D printers. The MOD-t 3D printer is able to 3D print specifically using PLA. While this might put some restrictions to the end user, PLA has advanced a lot over the years, and because it is made from renewable biodegradable sources such as corn starch, it means that this printer can live inside a living room without causing obnoxious and toxic fumes.

Instead, PLA has been described by a lot as smelling like pancakes, and everybody likes the smell of pancakes!

Again, by making a 3D printer specifically intended to be used in home and not in an isolated room or garage, New Matter had to take into consideration the noise levels on their 3D printer, and they pretty much nailed it.

Not only is the robust construction able to absorb some of the noises, the protective casing around it also acts as a noise dampener, further reducing the overall emitted noise while also offering protection to the print.

While we have seen many manufacturers try and implement WiFi capabilities into their products, they usually do it in a way that ends up being more complicated for the end user even though it is intended to make the process easier. This is not the case for the MOD t 3D printer. 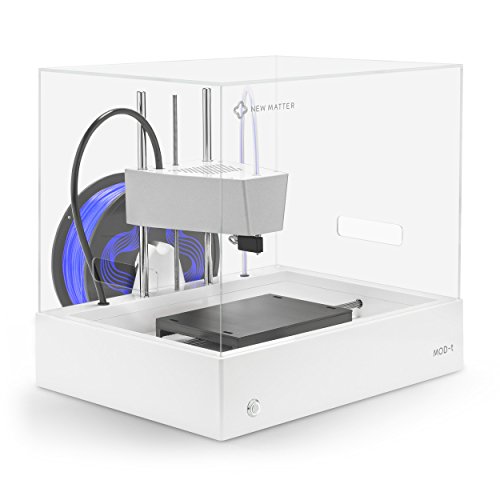 This is the first thing that stands out when you first look at this 3D printer. It looks very simple, sometimes too simple. But this was the intention, to make this printer fit in a modern house, and instead of making it look out of place, make it a piece that stands out.

Every part of the electronics and all the cables are hidden inside the metal casing, give it a futuristic look with no cables and just pure, clean, mechanical components.

Everybody loves options. And New Matter gives its users all the options available. The MOD-t 3D printer is just reading OBJ or STL file, or in other words, it works on basic, open source G-Code. This instantly translates that you can use any slicing software you prefer and the printer will do as it is told to.

This is the beauty of open source software and it is nice to see more and more companies going the open source way, especially for a product that is focused on people that like to make and tinker things.

The following are the key specifications of the New Matter MOD-t 3D printer: 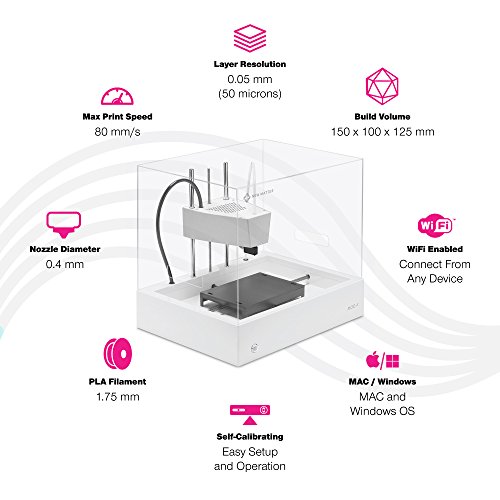 It does not get any better than that. The whole product line is based on the concept that the 3D printer should be easy to use, fun tool for everyone. It is a plug and play unit, all controlled from an internet based interface from any modern device, with simple instructions and menus.

A clean look, a clean interface, and cross-platform support are key points in making this one of the easiest to use 3D printers on the market today.

Because the MOD-t can only 3D print using PLA, it also means that finding and actually buying the material you want is easy and cheap. PLA filament is the dominant filament for home 3D printers, as it is easy to handle, very easy to print, and does not emit any toxic fumes. It is the perfect material for home use and one of the cheapest on the market. 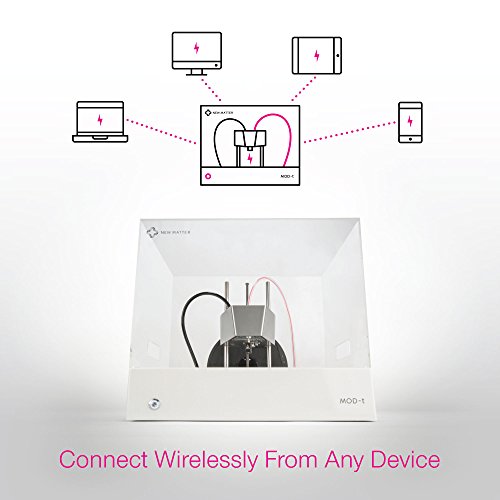 This was obviously made to reduce the cost of the printer, as printing with other materials also needs a more complicated feeder. It is a design choice New Matter made to bring this printer to market at that price point.

While one of the selling points is the fact that a modern web interface and WiFi is used to communicate with the printer, it  fails to mention that you need an active internet connection to do your prints, as the print 3D files are not downloaded and stored to the printer, but are instead streamed from the device to the printer.

This means that a print failure because of a bad network is very possible.

The budget 3D printer market is exploding over the last few years. Below are some other options to consider that will bring similar print results: 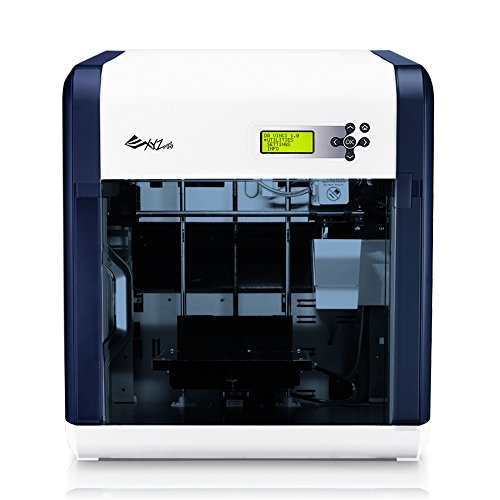 This is one of the cheapest 3D printers on the market alongside the Monoprice Select Mini. They have similar features and work in a similar way.  Check out our full Da Vinco 1.0 Review here. 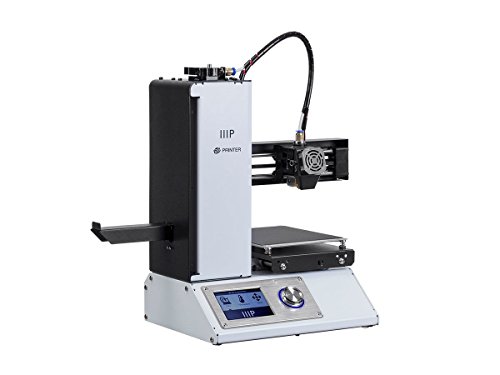 The Select Mini is a very versatile printer that comes at an even lower price. It is a very good alternative to the MOD-t, as long as you are ok with the not so modern look. Check out our full Monoprice Select Mini Review here.

The New Matter MOD-t 3D is an impressive 3D printer. It might not have all the features of some more expensive models, but it does have something that most 3D printers lack. It is user-friendly, both physically and practically.

Ease of use being the slogan for the printer, it is not really targeted to advanced users, but rather to people that want to get into the technology as fast and easy as possible. And this 3D printer is a very good starting point for many, especially at that price point.

Who is the MOD-t 3D Printer for?

The MOD-t 3D Printer is easy to use and it’s made for home use and professional use of items that are made of PLA. It’s for teachers, kids, DIY makers, and basically anyone who enjoys making stuff.

What kind of materials the MOD-t 3D printer uses?

The MOD-t 3D is an eco-friendly printer that only works with 1.75 mm PLA (polylactic acid) filament, which makes it specific 3D printer, unlike others that can work with other materials too.

Is the MOD-t 3D printer heavy?

No, not at all. The MOD-t 3D printer weighs 5kg, making it easy to carry around, and even kids can move it from one place to another.

How is the MOD-t operated?

The printer is operated with a browser based interface, that you can access from your mobile phone or desktop.

What files does the MOD-t supports?

This 3D printer supports only STL and OBJ files. 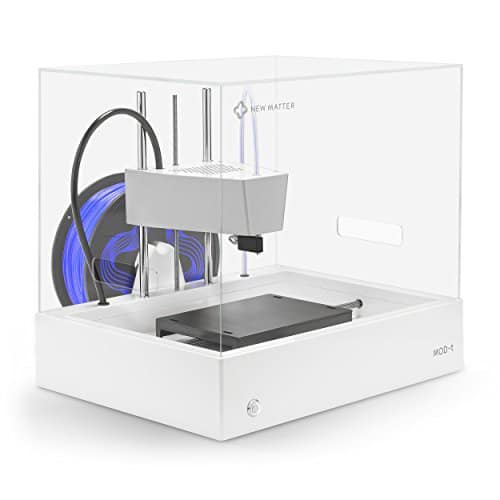