For most people, when they think about 3D prints, they often associate it with smaller objects such as an action figure, a small boat, or perhaps a tiny model of your house. But there are times when large-scale printers make more sense. The problem is that 3D printers with a huge build volume often means you pay an arm and a leg for the privilege of owning it.

Not with the Anycubic Chiron. This 3D printer shows the world that bigger printers need not be expensive. It’s priced at less than $500 but offers a wide range of features that you will typically find in an excellent 3D printer today. Plus it allows you to print bigger things.

Sounds like it’s too good to be true? Read on and find out. We will touch on the features and reasons why Anycubic Chiron is more than worth its price. We will also explore some alternatives to the Chiron, as well as help you decide on whether to buy this 3D printer or not.

Anycubic Chiron: What You Need to Know

Read More about Anycubic Chiron Review [2021]: Is It The Best Pick For You?

Anycubic Photon Mono Review: Is It Worth Buying

Stereolithography 3D printers are ideal for those people who want a high level of detail and accuracy to their prints. But they have always been a bit pricier than similar printers using fused deposition modeling. Fortunately, the entry of LCD-based SLA printers has made resin printing more accessible to more people.

The Anycubic Photon Mono is one of those printers that can satisfy even the most demanding 3D printer enthusiast. It uses a monochrome LCD to harden the resin, which means that it’s fast, accurate, and gives you high-resolution prints.

Should you buy the Anycubic Photon Mono? Here are the facts about the 3D printer that can help you decide whether or not to get this affordable and fast 3D printer. 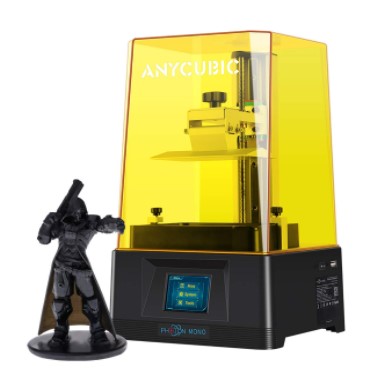 The Read More about Anycubic Photon Mono Review: Is It Worth Buying

Anycubic Wash and Cure Review: Is It Worth Buying in 2021

One of the things that you always do when dealing with resin printing is to wash and cure your models after they are printed. Every expert and enthusiast will recommend both activities for post-processing. Thankfully, devices like the Anycubic Wash & Cure Machine 2.0 make post-processing a lot easier and faster.

The Anycubic Wash & Cure Machine 2.0 sells for $50 more and is available from the manufacturer’s website.

Anycubic Wash & Cure Machine 2.0: Everything You Need to Know 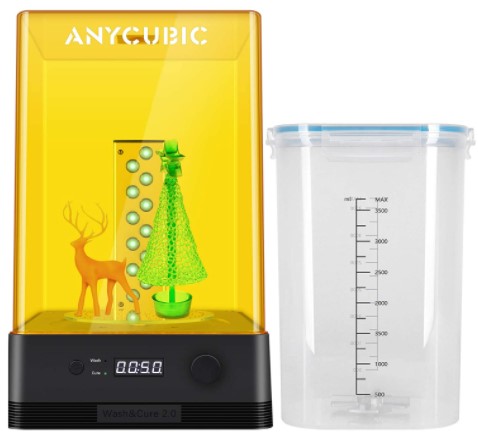 The most significant draw of theRead More about Anycubic Wash and Cure Review: Is It Worth Buying in 2021

Elegoo Mars vs Anycubic Photon [2021]: Which Should You Choose?

If you’re looking for a 3D printer that uses resin rather than filament, you may be looking at a DLP printer as opposed to an FDM machine. The Elegoo Mars and the Anycubic Photon are both really great, affordable options.

They each have their own advantages, so let’s dive into the differences and a comprehensive review so you’ll know which one is best for you.

The main difference between Elegoo Mars vs Anycubic Photon are:

Read More about Elegoo Mars vs Anycubic Photon [2021]: Which Should You Choose?

Anycubic Photon vs Photon S – Should You Upgrade?

Anycubic Photon vs Photon S – Should You Upgrade?

The Anycubic Photon vs Photon S might be a tricky comparison to make given it’s the same printer, with a few upgrades. However, are those upgrades enough for you to switch over?

Resin printers have revolutionized the 3D printing space given their highly accurate results at a relatively affordable price. They’re an easy to use and safer alternative for beginners. Yet, it delivers high quality, smooth, and polished finish. Anycubic printers are no different.

If you’re looking to produce prototypes and products with fine details, Anycubic has a range of Read More about Anycubic Photon vs Photon S – Should You Upgrade?

Anycubic 4Max Pro Review: Is It Right For You?

Anyone working with 3D printers or who is interested in 3D printing has probably heard of Anycubic 3D Printers. The Chinese company is known for giving hobbyists the best value …

Read More about Anycubic 4Max Pro Review: Is It Right For You?

Anycubic is a Chinese 3D printer manufacturer, and in this guide, we’ll be taking a close look at the best Anycubic 3D printers that are on the market right now. …

Anycubic Photon S Review: Is It Right for You?

Our Anycubic Photon S review is going to show you everything you need to know about this budget-friendly 3D printer. While the original Photon is very popular, we will explore …

Read More about Anycubic Photon S Review: Is It Right for You?

Imagine you’re rolling through the McDonald’s drive-thru and you order a Big Mac, fries, and a Coke. Classic order. Good on you. Now, you ask them to supersize it. Because you simply can’t get enough of the greasy goodness.

Apply this logic to the Anycubic Mega S. That’s what Anycubic did when they made the Mega X. It’s like a supersized Mega S, with all the same great features in a bigger package. It’s a mid-sized FDM printer that’s definitely worth your money.

Are you looking for a 3D printer that rings up at less than $500 and meets, or even surpasses your expectations? Then you may have come to the right place. 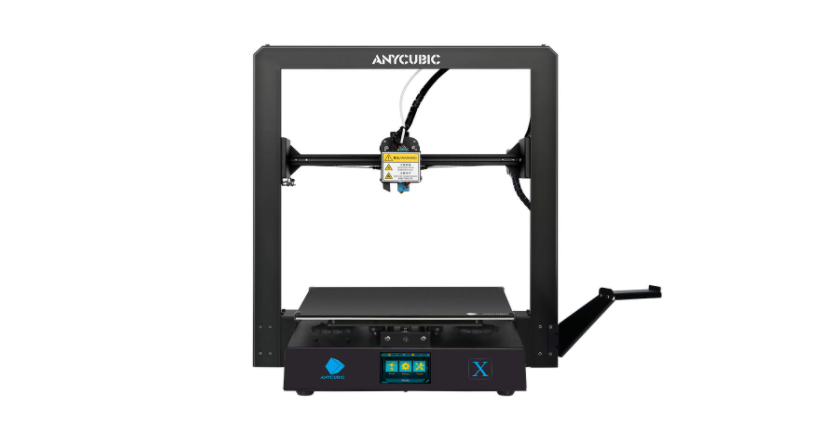 Read More about Anycubic Mega X Review [2021]: Should You Go For It?

Epax X1 vs Anycubic Photon Compared: Which One Is Right For You?

Epax X1 vs Anycubic Photon Compared: Which One Is Right For You?

3D Resin printers are an investment you’d want to get right. Therefore, today we’ll be looking at the Epax X1 vs Anycubic Photon and comparing all the details you need to know to make an informed decision.

There are plenty of affordable 3D printers available on the market, but a printer’s features determine its utility to you. Can it deliver the results you need? How long lasting is it? Is it cost-efficient in the long run?

After all, the main selling point of a resin printer includes its accuracy, intricacy, and its smooth finish. Unlike other Fused Deposition Modeling printers, resin 3d printe

Read More about Epax X1 vs Anycubic Photon Compared: Which One Is Right For You?